SPRINGFIELD, Oregon – Managers at Sundance Lumber have continued to pursue the company’s primary high quality green surfaced 6×6 through 6×12 timber products. Of course, they’ve taken advantage of the recent hot markets to produce more 2×4 and 2×6 than usual when sawing decisions allow. 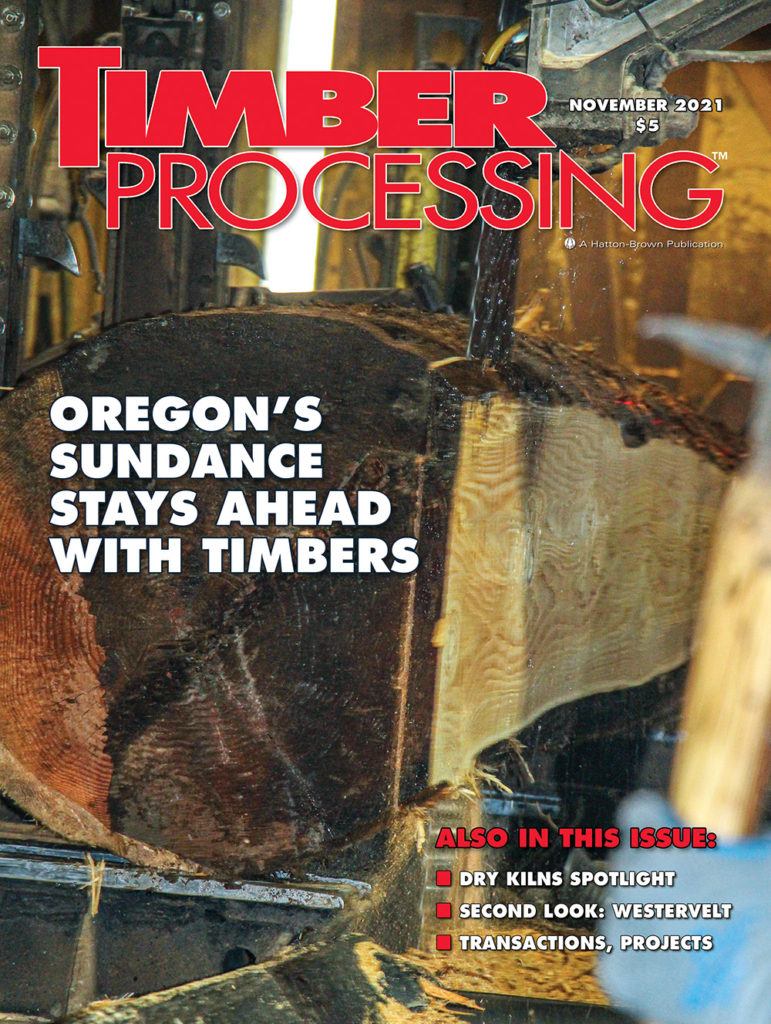 THE ISSUES: Sawmill Industry Is Still In A Sprint

The numbing noise of nothingness. I’m referring to those times in the lumber market cycle when profits don’t exist and pessimism takes hold. Anybody in the lumber industry who has some age on them has lived through it a time or two, or 10. It’s when we at the magazine have to scramble to find news and stories to fill the pages.

Breakthrough technologies usually have an impact on the manufacturing sector. Historically, after the mechanical and electrical revolutions, it was computers and automation that caused the third industrial revolution. And today, advanced digital production technologies are the basis of the “4th Industrial Revolution.”

The August issue featured The Westervelt Co.’s new southern yellow pine sawmill in Thomasville, Alabama, which was a true story of collaboration involving the company’s existing SYP mill in Moundville and turnkey supplier BID Group, all the while working through the challenges of the pandemic to be able to take advantage of red hot lumber markets.

EDITOR’S NOTE: The following companies supplied editorial profiles and images to complement their advertisements in the Timber Processing November 2021 issue:

Oregon’s Sundance Stays Ahead With Timbers

SPRINGFIELD, Oregon – Managers at Sundance Lumber have continued to pursue the company’s primary high quality green surfaced 6×6 through 6×12 timber products. Of course, they’ve taken advantage of the recent hot markets to produce more 2×4 and 2×6 than usual when sawing decisions allow.

But instead of modifying the mill to produce more 2x lumber, the mill is pursuing a strategy to use the additional revenue to fund a series of capital improvements to make the niche producer more efficient in pursuing its primary timber markets.

As a smaller producer (35-40MMBF annually) compared to other mills in the area, Sundance Lumber doesn’t have the resources to switch off what it specializes in. Assistant General Manager Clay Woodard notes that much of the recent big price jumps were 2x framing lumber but not timbers products. Instead of almost quadrupling in price, timbers saw a significant but much more modest run-up of around 25-30%.

The numbers have been enticing, “But it’s still not an option for us to turn the whole place into a dimension mill,” Woodard says. “It might have penciled out for a while, but decided we wanted to stick with what we do best.”