ANTLERS, Oklahoma – Throughout the years the farthest west southern yellow pine mill in the country has had three owners, and Mill Manager Dan Anderson has been there through it all. 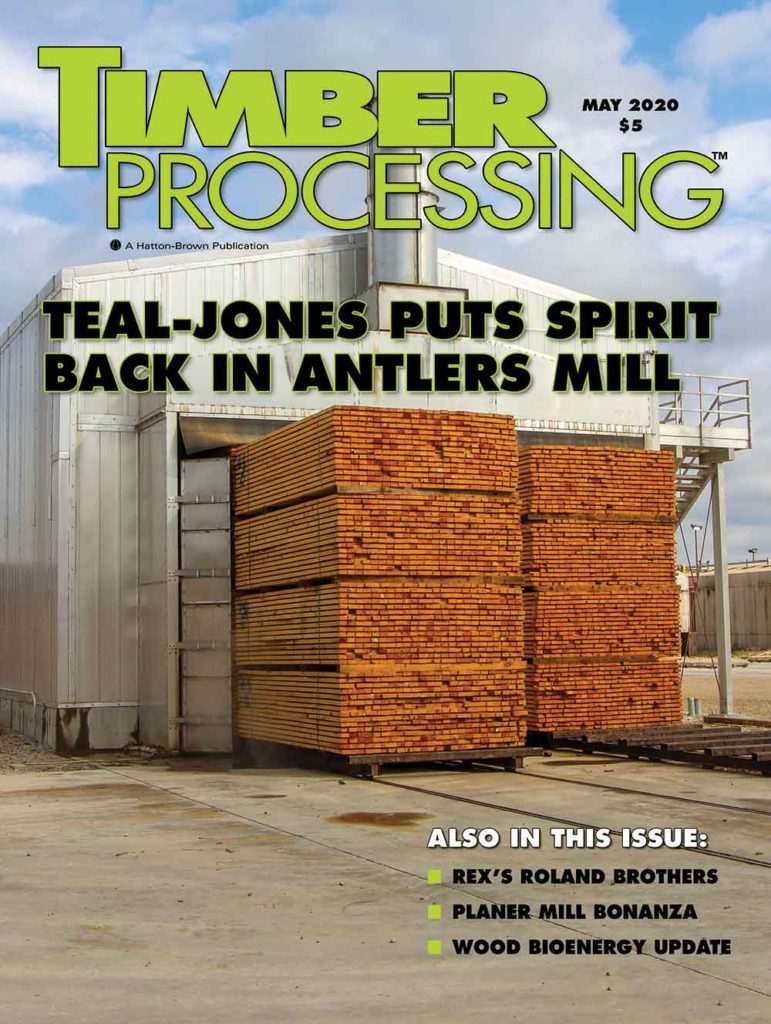 I’m what you would call “that girl.” You know the type – the ones that are perpetually chatty; the ones that are happy; the extroverted extroverts. I smile a lot. Around Timber Processing’s world we call me “Poppy.” You need someone with exuberance? I’m your girl. But it’s hard to be Poppy right now. It’s hard to be chatty because well, the world around us has changed, and I for one was not meant to be a kindergarten teacher while also being a sawmill reporter, but here we are. Read more

The following companies supplied editorial profiles and photos on their technologies in the planer mill to complement their advertisements that can be found throughout the May 2020 issue:

ANTLERS, Oklahoma – Throughout the years the farthest west southern yellow pine mill in the country has had three owners, and Mill Manager Dan Anderson has been there through it all. So, when The Teal-Jones Group came down in 2014 and purchased the relatively unknown entity in Oklahoma, folks were skeptical; but the Jones family quickly proved they were there for the right reasons. More recently Teal-Jones has expanded its SYP footprint with the acquisition of two mills in Virginia, but Antlers was their first.

“It has been nothing but positive for this place,” Anderson says. “They want to employ people and it’s been a good company to work for. Owners Tom and Dick Jones care about each individual they employ. I think as a whole everybody feels that way when they work for Teal-Jones.” 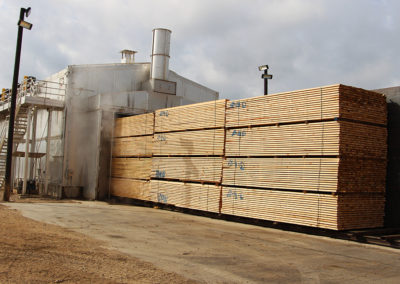 One of the latest projects in Antlers, a new American Wood Dryers continuous dry kiln. 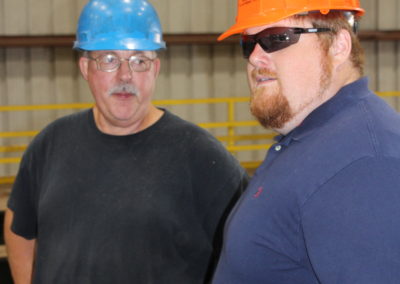 Mill Manager Dan Anderson, right, is a young gun, but his love for the facility is palpable.