Focus On The Family 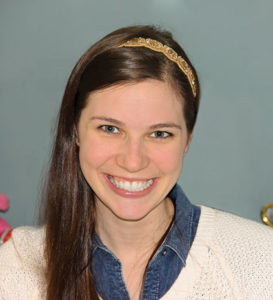 The irony is not lost on me that here we are, in the beginning of the year, with another dynamic (and incredibly deserving) industry titan gracing the cover of this magazine as our Person of the Year, and I am once again about to start, as my kids would call it, blathering about his family.

But, here I go: I am going to blather about his family.

During these, dare I say, unprecedented times—of which I of course mean lumber prices that are so high I envision lumbermen dancing around their offices after everyone has gone home scattering rose petals and $20 bills around before hopping into a brand new sports car/fancy pick-up truck/luxury SUV to feed their spouses bon bons—one thing has been for certain, the industry remains strong and the families that support it are equally incredibly important. Families like the Jordans.

2020 was a hard year for them, as they grappled with losing their patriarch, Bob Jordan, TP Person of the Year in 2007, and just overall the kind of guy you want in your corner. A champion for his beloved state of North Carolina, the industry at large, with a special heart for children’s charities, Bob Jordan is exactly whom the TP Person of the Year committee looks for. It is only natural that he’d pass along all those great qualities to his son, 2021’s Person of the Year, Robert Jordan, IV.

Robert Jordan, IV is just like his father in so many ways: he’s charitable; he’s smart; he’s passionate about the industry. He is exactly whom I want in my corner. He’s the guy that gets things done—I remember my first interaction with him, as Jordan Lumber & Supply was putting the finishing touches on the new TBL3 Comact sawmill line at its flagship mill in Mt. Gilead. He explained the thought process in incredible detail while buzzing with excitement, giving a rare glance behind the numbers that TP is sometimes cut out of. It was during this visit in 2018 that I met another Jordan man, Vince, Robert’s son, who struck me as a chip off the old block, so to speak. It was Vince who gave me the mill tour, and gave me a complete and total walk through of the technologies in action. He was buzzing with excitement talking about the project. It was like déjà vu.

And then I realized something—that’s whom the Jordan men are. They have a passion for the industry and their projects and their family’s mill that’s in the blood. They just can’t help it. During my time with Robert for his Person of the Year profile, he talked a lot about taking over the family business as a third generation owner, and the initial reservations he had, but that for the fourth generation, he’s officially got no reservations. The next generation, his sons, Wes, Vince and Landon, are poised and ready. The Jordan Companies, and its core business Jordan Lumber & Supply, is going to be just fine. Maybe it is just that they make them a little differently in Mt. Gilead, but these Jordan men, they are something special. And it won’t surprise me at all if in a few decades we have our first third generation Person of the Year winner.

The Red Rock Biofuels project in southern Oregon appears headed for foreclosure according to notices published in the Lake County Examiner newspaper in late December after the company failed to make principal and interest payments on some $300 million in debt. The notice set a February 4 payment…

Opticom Technologies, a leader in industrial video monitoring solutions, is celebrating 50 years in business. The company, founded in 1973, has evolved to continue offering innovative products as video monitoring technology has advanced. “It’s unique for a video monitoring company to have 50 years of history under its belt,” comments Opticom Global…