Pres-To-Logs Has History Of Its Own

The story in this issue on North Idaho Energy Logs, written by David Abbott, caught my attention at the mention of Pres-to-logs. Much of the Idaho company’s success in wood energy markets is because of its energy logs or fire logs composed of shavings and sawdust, and as the article notes they’re made with the original machines from the 1930s. The article also says the Pres-to-logs trade name is now owned by another company, which is why the Idaho operation calls them North Idaho Energy Logs.

I recalled that Pres-to-logs was a depression-era Potlatch product manufactured at its sawmill operation in Lewiston, Idaho. That’s about all I knew, but upon further research… 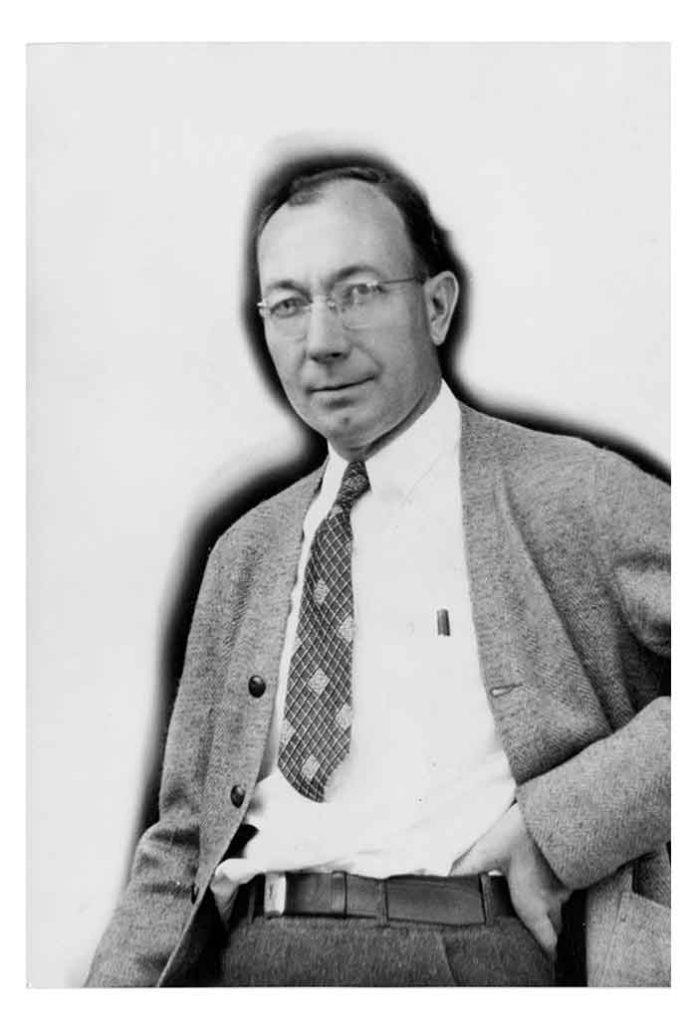 The man shown here in the photo, a chief engineer for Potlatch Forests named Bob Bowling, invented Pres-to-logs and the machine with which to make them. This was in 1929. His process revolutionized the wood briquetting industry, relying on high pressures to make the briquette self-binding. The essential parts of the machine that were constantly enhanced over the next few years included the pressing screw, tip forming head, die wheel indexing mechanicsm, and the yielding control pressure mechanism.

Bowling’s first machine, which made 8.5 in. briquettes, cranked up during the 1930-1931 fuel season, until it was rebuilt with the disc to watercool the logs. Potlatch then built two larger machines to make a longer briquette. The original short machine was overhauled and made into two separate machines so that by August 1932 Potlatch was running four machines and its Pres-to-logs business caught fire, so to speak.

It got so hot in fact that Potlatch contracted Willamette Hyster Co. to build a fifth machine, which started up in early 1933. The sales growth of Pres-to-logs, which were actually sold by the Potlatch Forests Fuel Department and transported by raiload, was so strong that it prompted Potlatch to start a business in 1933 called Wood Briquettes, Inc. for the purpose of leasing Pres-to-logs machines to other companies, including to Oregon Lumber in Baker, Ore., Weyerhaeuser Timber Co., Rogue River Box Co., Shea Manufacturing in Los Angeles, Setzer Box Co. in Sacramento, Pacific Lumber in Scotia.

Wood Briquettes, Inc. found some interesting applications as it marketed its Pres-to-logs product, such as for fuel in the dining car ranges of all of the Union Pacific trains, in rolling field kitchens of the U.S. Army, as galley fuel on intercoastal vessels, as fuel in CCC camps.

Roy Huffman, general manager of Wood Briquettes, Inc., wrote in the Potlatch newsletter, The Family Tree, in June 1937: “Each year has shown a large gain in the tonnage of Pres-to-logs made and sold, and the increase is more and more pronounced as time goes by. Pres-to-logs are here to stay.”

The patent for the Pres-to-logs machine apparently expired in 1960 and probably none were built after that. Potlatch remained in the Pres-to-logs business into the 1980s before dissolving Wood Briquettes, Inc.

Structurlam Mass Timber Corp., a mass timber manufacturer in North America, has announced it is temporarily suspending operations and reducing staff at its Conway, Ark., plant due to a customer contract cancellation…

Vaagen Fibre Canada (an affiliate of Vaagen Brothers Lumber) announced it is shutting down its Midway, BC sawmill indefinitely, while indicating it is looking for solutions to keep the operation going, and encouraging those impacted throughout the Boundary, West Kootenay, and Okanagan regions to appeal to the Ministry of Forests…