Cover: Rex Lumber Saw Shop Has Plenty On Its Plate

DOTHAN, Alabama – Circle sawing performance and filing efficiency at Rex Lumber are benefiting from a central filing room system that services and works up round saws running at multiple machine centers from the company’s three sawmills in Graceville and Bristol, Florida, and Troy, Alabama. 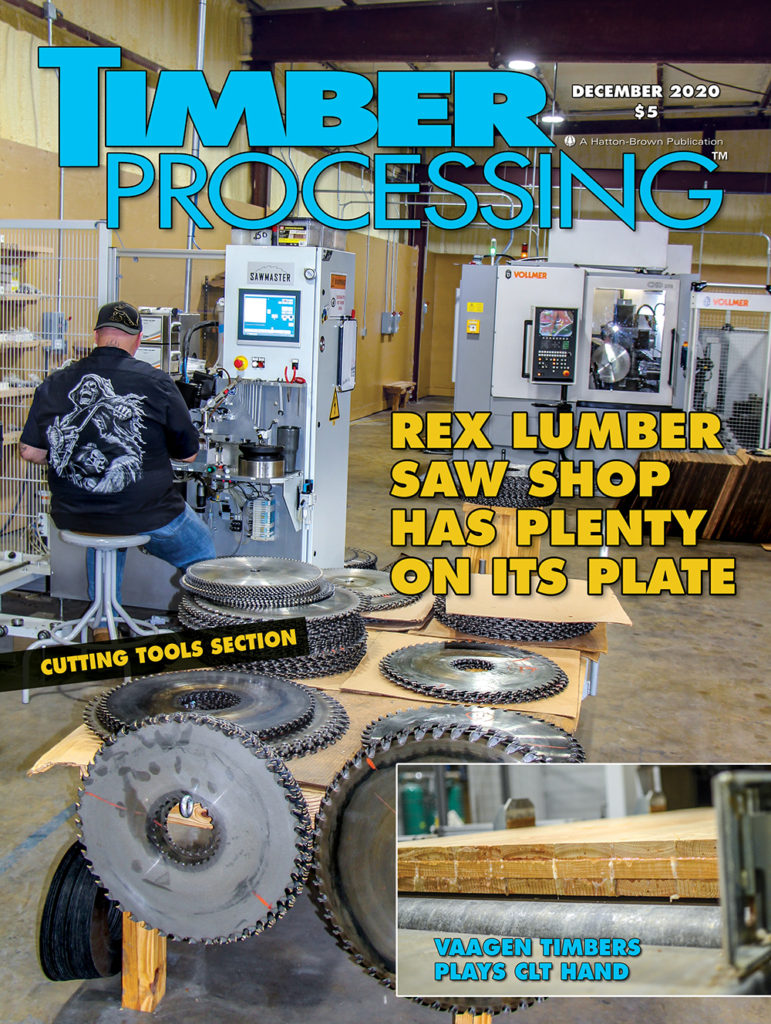 The Issues: Somebody Fix My Rearview Mirror

Many best laid plans went astray in 2020, most noticeably in the event industry. But other than a couple of months when the nation went into lockdown in the late spring, the forest products industry, once it was deemed to be “essential” in the grand scheme of things, picked up the pace and didn’t slow down through the remainder of the year. The catapult was six consecutive months (and counting) of increased housing starts, which ultimately topped 1.5 million in October.

COLVILLE, Washington – Coming from a long line of sawmillers, and himself once firmly entrenched in the family lumber business, Russ Vaagen recalls when he first approached his dad, Duane, about making a move into mass timber production. It was a positive though not necessarily an all-in conversation, as Duane’s sights were set more on putting the company into a strong financial position for the next generation rather than taking a risky run into cross-laminated timber, an engineered lumber product in its infancy in North America.

EDITOR’S NOTE: The following companies supplied editorial profiles and images to complement their advertisements in the Timber Processing December 2020 issue:

Once kiln-dried lumber reaches the planer, mills have one final opportunity to optimize board moisture before their product is sent to customers. Today, using advanced moisture-sensing technologies, mills can utilize their planer to improve overall productivity, enhance grade recovery and reduce, or even eliminate, wet claims.

Article supplied by Finna Sensors and written by Stuart Harries.

Next issue: Part 4: The Sawmill

Rex Lumber Saw Shop Has Plenty On Its Plate

DOTHAN, Alabama – Circle sawing performance and filing efficiency at Rex Lumber are benefiting from a central filing room system that services and works up round saws running at multiple machine centers from the company’s three sawmills in Graceville and Bristol, Florida, and Troy, Alabama. Situated in a former warehouse in a rail spur facility that the company is using to build rail shipments, the filing operation is part of the new Troy sawmill investment, with both mill and filing facility starting up in early 2019.

The central filing facility handles roughly 180-200 circle saws daily, from all three mills. In addition to the almost 1,000 saws reworked weekly, the facility will also produce 75-100 new saws per week as well.

“I can’t say enough about our guys and the quality work they do,” says Jeff Burgess, saw shop supervisor who’s been with Rex Lumber four years and was at the Graceville mill before moving to the central filing shop. 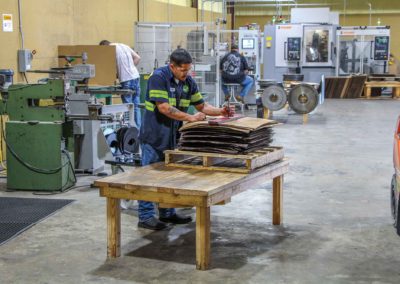 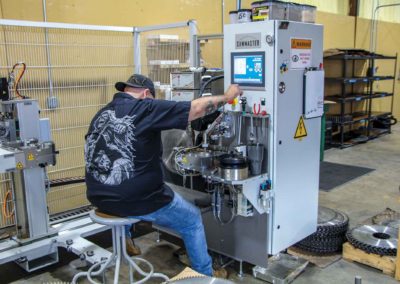