West Fraser Timber Co. Ltd. has entered into an agreement to acquire the Angelina Forest Products (AFP) southern yellow pine sawmill in Lufkin, Tex. for $300 million (U.S.). The new sawmill began construction in 2018, commenced operations in late 2019 and is expected to progress toward full production capacity of more than 300MMBF annually over the next three to four years.

West Fraser states the acquisition is another important step in its continued expansion of its U.S. lumber operations. 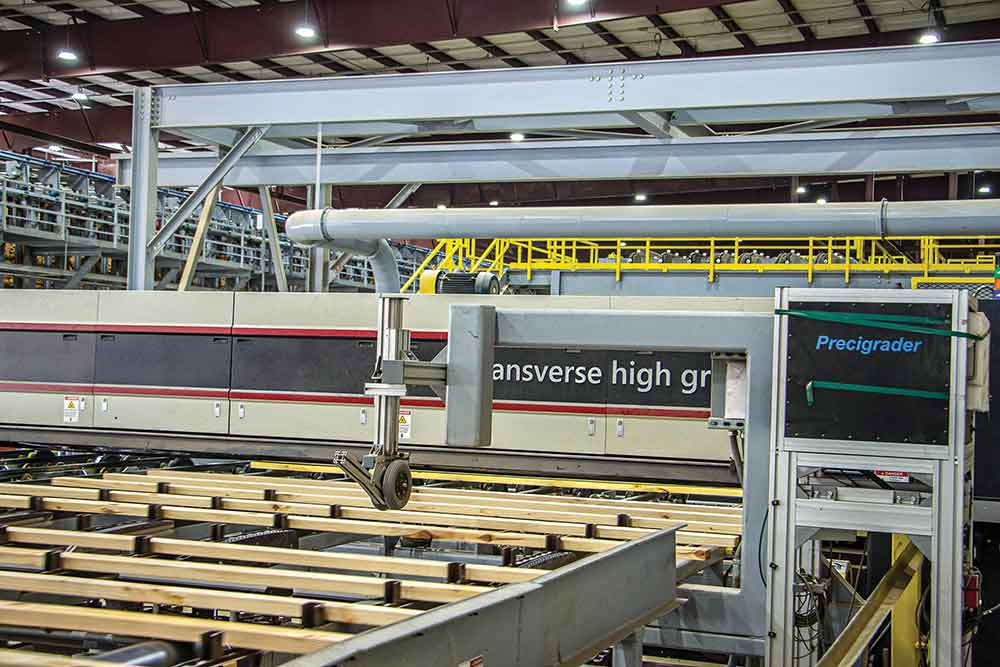 “The new, highly efficient facility is expected to be a top quartile mill that will integrate with and support our existing east Texas lumber and OSB business,” West Fraser stated in a release. “Anticipated to be among the lowest cost operations in the company’s lumber mill portfolio, the Lufkin mill is strategically located near low-cost and abundant fiber as well as large and growing end-markets.”

Upon completion of the transaction, West Fraser will have combined Canadian and U.S. lumber production capacity of 7 billion BF, with U.S. capacity of SYP lumber representing 50% of the company’s capacity.

“With this acquisition we will be able to quickly capitalize on a fully-invested and high-quality manufacturing facility,” comments West Fraser President and CEO Ray Ferris. “This includes a trained labor force and the local community and logistics infrastructure to support the mill’s supply chain, distribution and outlet for residuals. Further, we are able to immediately reap the cash flow benefits of our investment while significantly reducing the associated risks of greenfield construction, execution and startup.”

West Fraser intends to finance the acquisition with cash on hand. Annual synergies of $13 million are anticipated to be achieved within two years with minimal capital requirements. These synergies are expected to be realized through continued capacity utilization improvement, implementation of best practices and the coordinated transportation, logistics and procurement benefits derived from West Fraser’s distribution scale and existing production facilities in the region.

Mid-South served as the project engineer while the AFP team was project manager. PCE Constructors was the largest construction contractor on site.

The ownership structure of AFP was composed of local businessmen and landowners.

Teal Jones Group owners Tom and Dick Jones announced that the company is evaluating Bossier Parish, La., for a planned $110.5 million southern yellow pine lumber plant to produce a range of dimensional and specialty lumber products with an…

The American Wood Council (AWC) has announced the election of PotlatchDeltic President and CEO Eric Cremers as the Chairman of the AWC Board of Directors for a two-year term, effective January 1, 2022…

One Equity Partners (OEP), a middle market private equity firm, announced that it has completed the previously announced acquisitions of USNR and Wood Fiber Group. OEP reports it subsequently merged the two businesses, with projected 2021 revenues greater than $500 million…