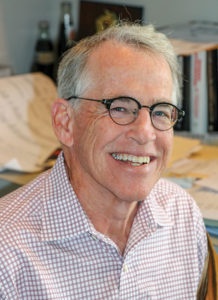 If you didn’t know any better, you would think the Timber Processing & Energy Expo, scheduled for September 30 to October 2 in Portland, Ore., has not been cancelled. You probably do know better, if you’ve seen the numerous announcements that indeed it has been cancelled until the next one in 2022. But as you can tell from this issue of Timber Processing, TP&EE lives on…at least in print, and in video, too, for that matter.

What am I talking about?

TP&EE of course is produced by Hatton-Brown Expositions, an affiliate of Timber Processing magazine, which serves as the media host of the event in Portland, which would have been the sixth TP&EE since we started it in 2010. When we decided to cancel the show due to the virus, we quickly realized that the September issue, which was to be the show preview issue, was left flapping in the wind. Many equipment companies that had signed up to exhibit had also planned to advertise in the September issue.

We’ve already started the exhibit sales process for the 2022 show, and any company that had signed on for 2020 is able to keep that booth space and put any payments they had already made for 2020, toward 2022.

But before we totally left the 2020 TP&EE, we felt inclined to give it one last hurrah. Alas, we decided that any company that had signed on to exhibit for 2020 and also advertise in this issue would be invited to submit at no additional cost an editorial profile and photo related to their products and technologies for inclusion in the never-say-die TP&EE Showcase section.

Forty-five exhibitor/advertiser companies took us up on it, and the result is a Showcase that spans across 40 pages of this magazine. If you had planned to attend the show in person, or even if you hadn’t, you now have at your fingertips a quick read on the latest product and technology offerings from the leading equipment companies in the sawmill industry.

In addition, we’ve invited these companies to submit two-minute videos on some aspect of their operations and products. Those videos will be accessible during the same dates as when TP&EE was supposed to be held, September 30 to October 2.

A video can say a lot about a company and its promotional skills. And you’ll be able to have them all in front of you at the same time to check out what these companies have to say, especially with regard to their new technologies.

So on those dates, go to:

A final note: The video site is not attempting to be a virtual expo. It’s straightforward: go to it, click on some videos and watch. We were approached about considering a virtual expo for the Portland show this time, but it was too late in the game and frankly we’d like to see one or two other expos “successfully” pull these off before we test those waters.

Meanwhile, we miss trade shows and setting up our booths and talking personally to hundreds of sawmillers. While our company and many companies have discovered virtual skills during the pandemic, we feel that when large groups of people are allowed to gather out in public again, in-person trade shows may have more relevance than ever.

WISH YOU WERE HERE (OR I WAS THERE)

TP&EE Is A Go, But Earlier Events Change Dates

U.S. housing starts dipped slightly in September to a seasonally adjusted rate of 1.555 million, down 1.6% from August, but 7.4% above September 2020, according to the U.S. Census Bureau and U.S. Dept. of Housing and Urban Development monthly…

USNR and Wood Fiber Group have announced their merger. USNR is an industry-leading global supplier of sawmill and plywood mill machinery, aftermarket parts, and technical and engineering services. Wood Fiber Group is the largest supplier of cutting tools and filing room equipment to the wood products…

George W. Varn, Sr., who broke into the family turpentine business following World War II, and then along with a cousin built a chip mill and a sawmill in the late 1960s in Hoboken, Ga., called Varn Wood Products, and who became one of the patriarchs of the southern pine lumber industry, died September 4 in St. Vincent’s Hospital in Jacksonville, Fla., the same hospital…