Do you want to get confused? Let’s go to Diboll, Texas. Here you’ll find the Georgia-Pacific sawmill, which is our cover story this issue as written by Senior Editor Jessica Johnson.

That GP owns this sawmill, and has recently completed some upgrading to it, is the easy part. The difficult part is tracing back the history of the sawmill, and more specifically the number of ownership names that come into play, even if those names were mostly from the same company. See what I mean?

The first sawmill to be built at Diboll (a good one anyway), in 1894, was at the hands of Southern Pine Lumber Co., which was founded by Thomas Temple, Sr., who had purchased 7,000 acres of east Texas forest the year before from the man who founded Diboll, J.C. Diboll. Southern Pine Lumber continued to expand the mill and in 1903 built a second one. 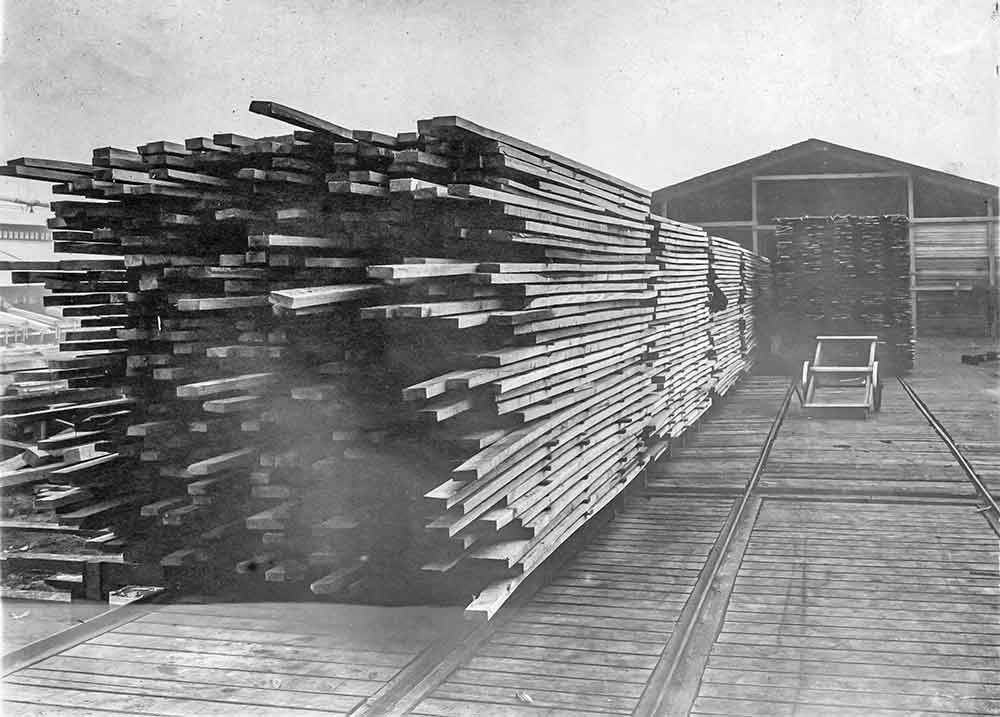 Diboll sawmill, 1903 (as downloaded from The History Center Online)

In 1910, Temple formed Temple Lumber Co. by purchasing Garrison-Norton Lumber and its operations and later added operations in Pineland.

In 1973, Time Inc. (yep, that Time Inc.) acquired Temple Industries and merged it with Eastex Pulp and Paper Co., resulting in the name Temple-Eastex, Inc. Of course by now the company had multiple sawmill and panel operations, and in 1979 Temple-Eastex moved into new corporate offices at Diboll.

In 1983, Time Inc. spun off its forest products operations, and stockholders formed a new company, Temple-Inland Inc., which was composed of the old Temple-Eastex Corp. and Inland Container Corp.

In 1985, our magazine visited and wrote an article on the Diboll mill, which operated as Temple-Eastex (or at least that’s what we called it), but a few years later the Temple-Eastex portion of the business changed its name to Temple-Inland Forest Products. Our magazine visited Diboll again in 1999, following a $26 million total overhaul of the sawmill, and it was Temple-Inland then.

Temple-Inland operated the mill until 2012, when it sold it and other wood products operations to International Paper, which turned around in 2013 and sold Diboll and other operations to Georgia-Pacific.

In retrospect, it’s no wonder that us editors were always confused about which Temple to call the Diboll sawmill. But the amazing thing about all of this, really, is that a sawmill at the Diboll site is now in its 128th year of operation, as our article beginning on page 18 bears out.

The Westervelt Company has announced a new Chief Operating Officer role, to be filled by Cade Warner effective January 1, 2023. Warner is currently Chief Sustainability Officer for Westervelt. In his new role, he will be responsible for the five business operations of The Westervelt Co.—Forest Resources…